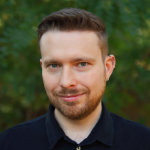 In the last few years, I jumped around 400 times out of airplaines, helicopters and air balloons. I’ve also made a few video edits along the way. I think it is a great way to both keep great memories for the future and grant outsiders a view into this wonderful sport.

I did only ~50 jumps in 2015, including a small competition at Skydive Eisenach, a boogie on the Borkum island and my first helicopter jumps.

This time I used the royality-free and perfectly fitting song Chill-Out by Prysm.

My skydiving club recently celebrated 25 years, so we had to do something special: we’ve booked a helicopter! What a fun day!

Another year has passed, so it’s time to review our achievements and goals. For me this also meant editing the footage from almost 100 skydives. The result is a compilation of my most fun jumps in 2014, including my friend’s attempt to solve a Rubik’s cube in free fall. Easy on the ground, not so easy at 200 km/h (Update: he finally did it — good job!).

I had again problems to find some high-quality royalty-free music, until I came upon JekK. He makes some really nice electronic pop music. Make sure to check out his other songs!

The variety of things you can do in freefall is one reason I love skydiving. Recently I participated in a competition called speedstar. The goal is to leave the plane unlinked, i.e., without holding each other, and get together as fast as possible. My skydiving club added another rule: after landing you have to touch the center of a target and then run towards an armchair. Just a little thing to spice up the competition. The total time of all team members is then taken into account.

After two rounds my team has actually won! Having only two teams, this wasn’t a huge achievement, but it was still a lot of fun.

I’ve also made another edit, this time with some heavier tones.

It’s been exactly one year since I went to Empuriabrava to learn to skydive. After 150 jumps I revisited this wonderful dropzone — this time with some friends from my skydiving club. Although the weather wasn’t always favorable I’ve had a great time doing some fun jumps. We celebrated two 100th jump milestones and the first tandem jump of our mate’s girlfriend (who later became a skydiver, too). Congratulations to everyone!
Making a nice compilation video was even more time-consuming than my last one. I wanted to include some royalty-free music, but finding good sounding, suitable and free songs was harder than expected. Finally, I discovered the band We Are FM from the Netherlands. They make a cool mix of electronic/indie/rock music, which I find excelent for that kind of video. After watching and cutting tons of video footage for the last month I can finally present the result — enjoy!

What a year! I’ve finally passed a skydiving course and got my license. From then on I’ve experienced all the aspects of being a skydiver. I’ve attended my first boogie, participated in some club competitions and even jumped out of a hot-air balloon. A few weeks ago I had my 150th jump. This whole thing still feels unreal.

In the winter break, it’s common to make a video compilation of some interesting moments from the last season. So did I! I’ve tried to present the awesomeness of this sport by including all the great and funny moments I’ve encountered in 2013. Enjoy!